The failings of Manchester United’s defensive approach. A lack of attacking intent. Supporters taking selfies with the player that had just destroyed their team. A manager in meltdown at a press conference. It is a long way from the Sir Alex Ferguson era and there is a long way back to dominate the Premier League again.

On Monday night, Manchester United lost 3-0 at home to Tottenham Hotspur. It is now back to back defeats after the 3-2 loss away at Brighton. This analysis looks at the reasons behind the loss of form and what Jose Mourinho can do to improve it. 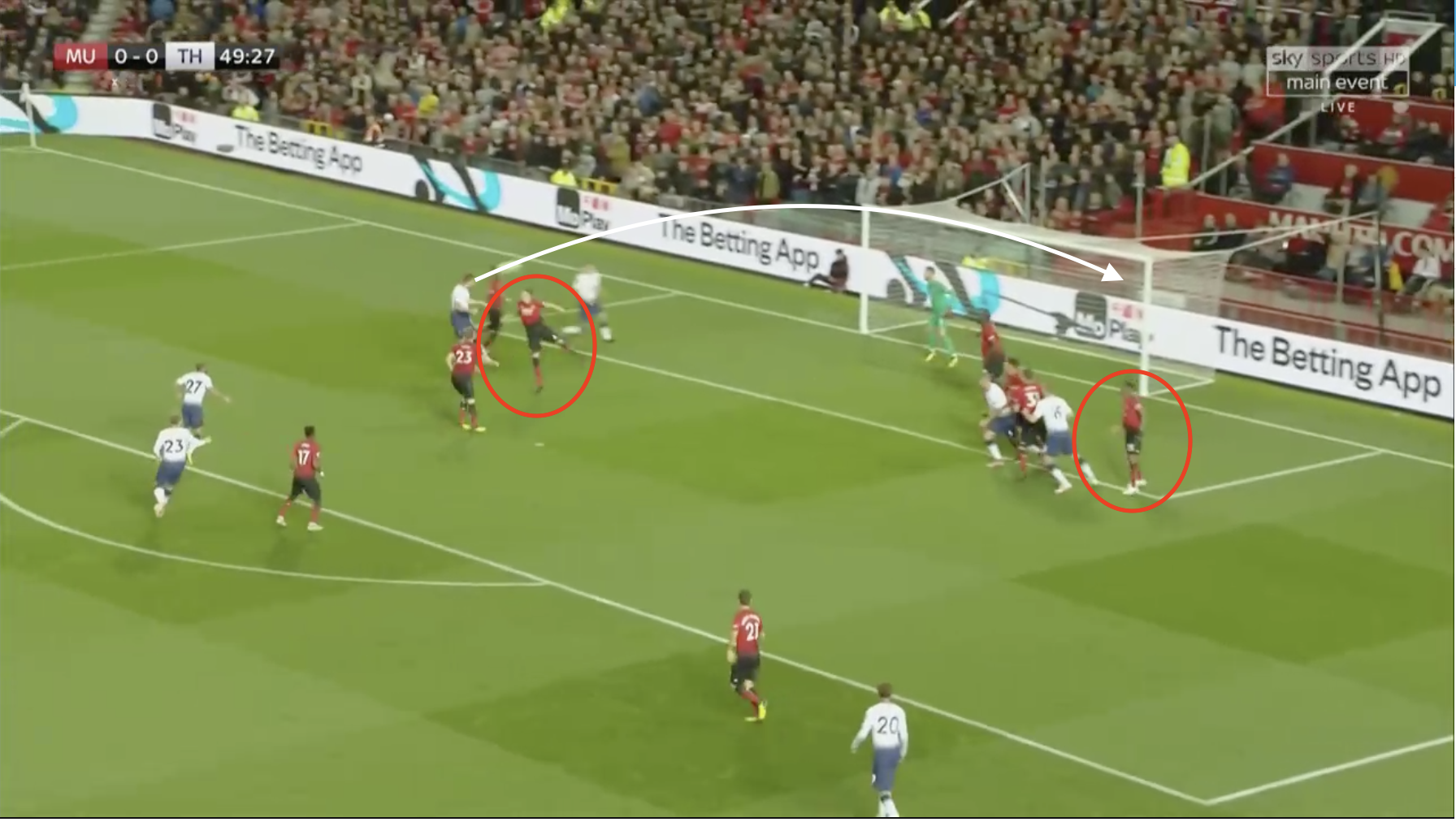 Similar to last week, A Manchester United defender easily loses the player he is marking. One small movement from Harry Kane has moved him away from Victor Lindelof and enabled him to head home.

The theme of defensive mistakes continues for Tottenham Hotspur’s second goal. However, this is not a theme we have seen in previous games but this time Manchester United fail to master the offside trap. 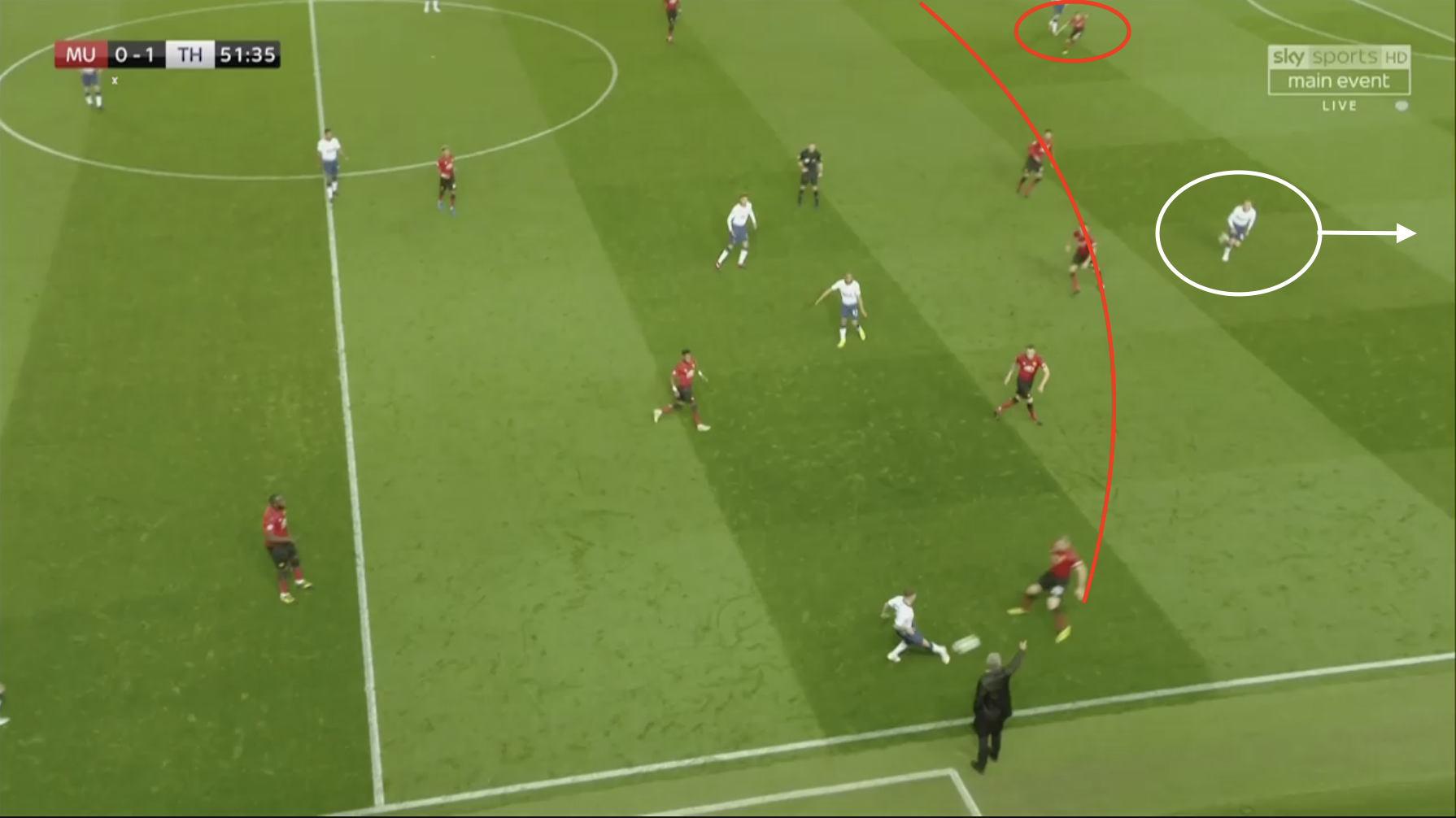 As Ander Herrera drops off, it makes it too easy for Tottenham Hotspur’s intelligent attacking players to exploit the space. To defend effectively communication is key. Ander Herrera should be passing on the responsibility to his central defenders and not dropping behind the defensive line. 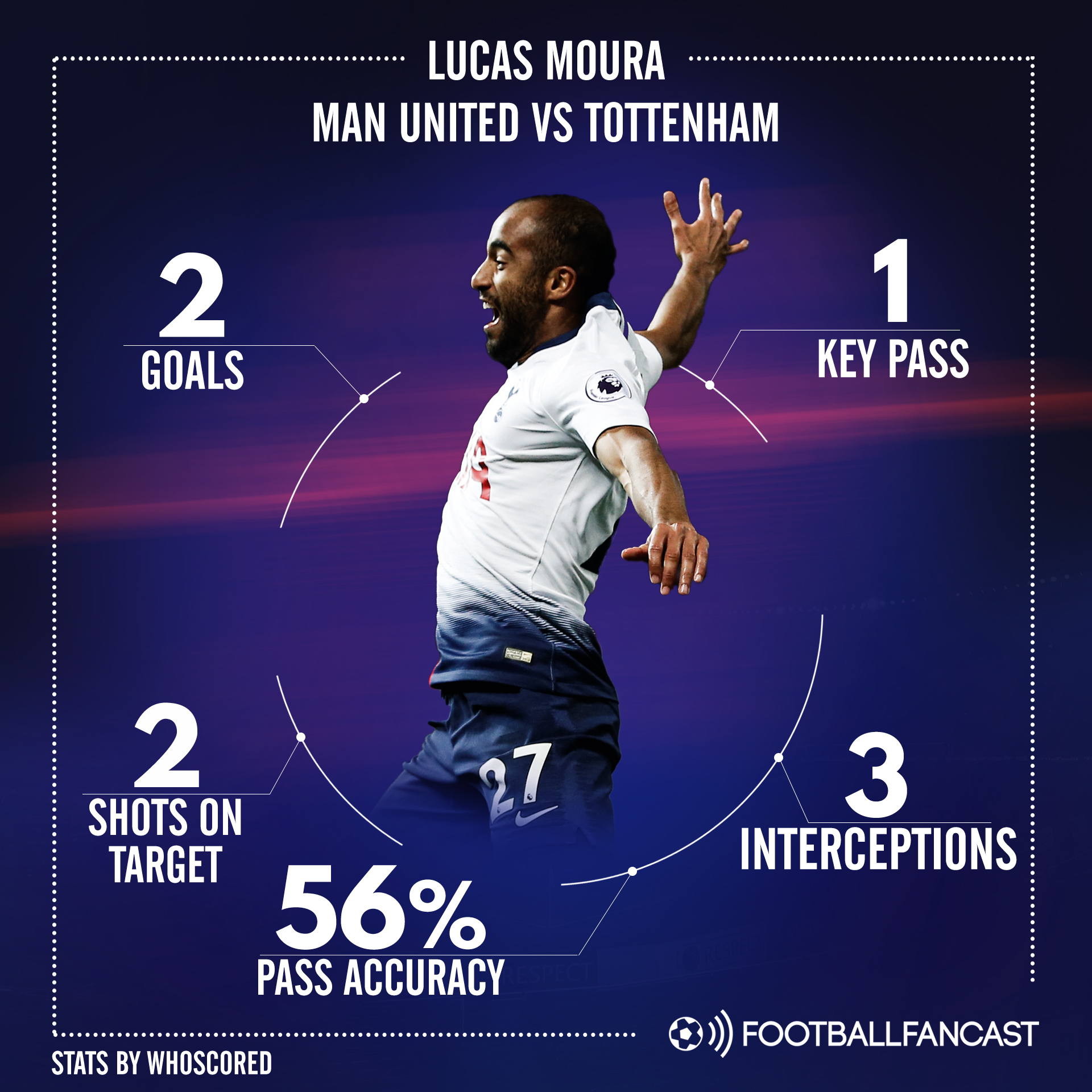 Lucas Moura was the star of the show. Converting their chances was key to Tottenham Hotspur’s success. Lucas Moura only needed 2 shots on target to take his two chances. He also contributed to Mauricio Pochettino’s pressing game through making 3 interceptions. His contribution of one key pass also shows that he is more than just a goal scorer. The combination of creativity and goal scoring is what made the difference at Old Trafford. 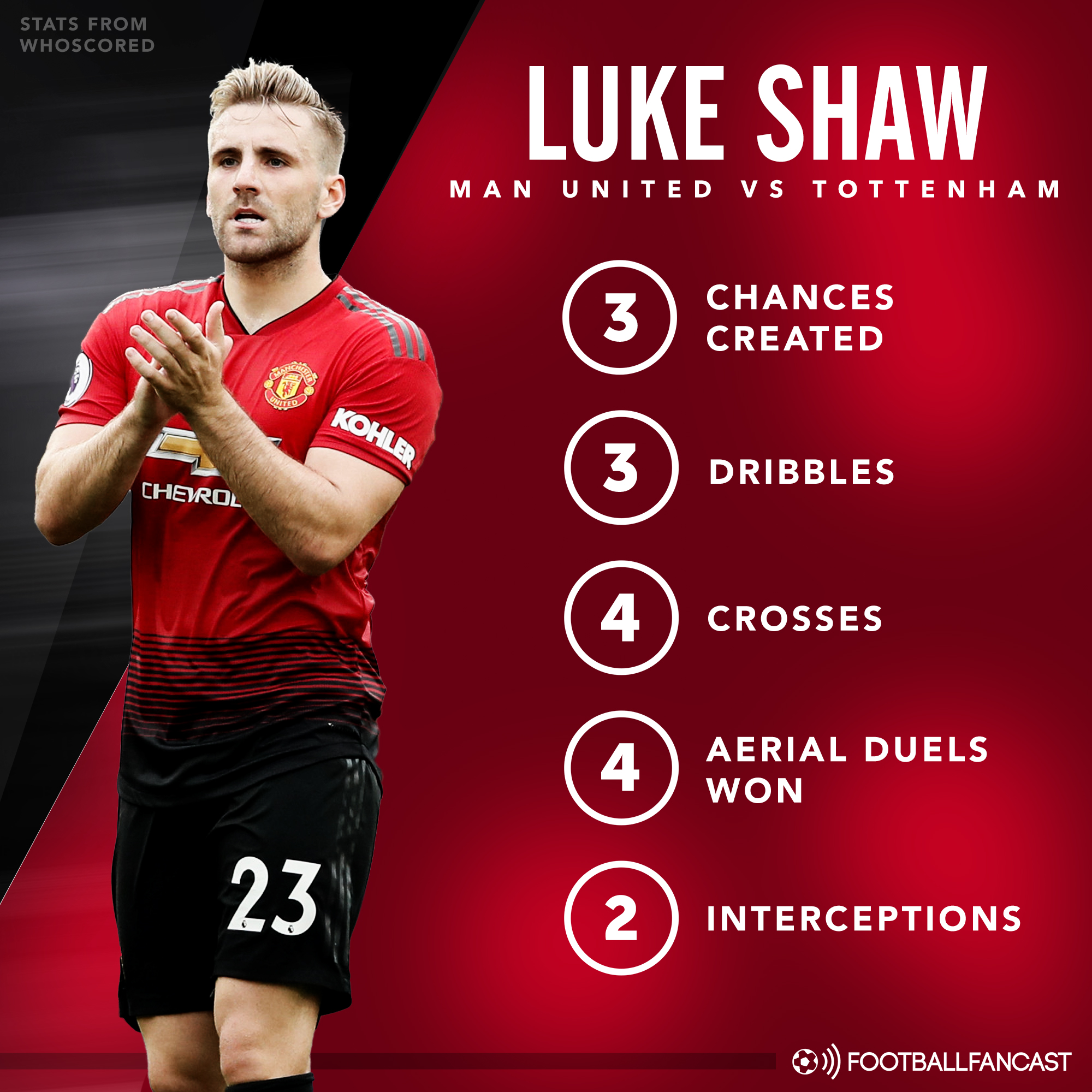 The key to Manchester United’s success is opening up opposition’s defences. Jose Mourinho will not achieve this with a defensive approach. Key to this will be making the pitch as wide as possible. As he plays with inside forwards, the width will need to come from the full backs. Luke Shaw has shown how he can contribute to this. Against Tottenham Hotspurs he made 4 crosses and created 3 chances. Having Luke Shaw as a natural left-sided player gives Manchester United natural width and can help stretch an opposition to create chances.

If they are to regain their form the attacking outlet of Luke Shaw will be key to this. Jose Mourinho also needs to change his philosophy and press from the front. Luke Shaw also made 2 interceptions and this side of the game will become more important if Manchester United choose to press higher up the field.

There has been significant press coverage on the failings of Manchester United this season. Jose Mourinho has begun to show a more expansive game but defensive mistakes are currently his downfall. Previously, we looked at how Manchester United can evolve this season. It mainly included new signings to give them an attacking edge. However, as these signings did not come through, they need to focus on cutting out the defensive mistakes whilst also playing a more expansive attacking game.

The re-emergence of Luke Shaw, this season, provides another attacking option. Jose Mourinho needs to look deeper into his squad for attacking alternatives, Marcus Rashford needs to take a note from Luke Shaw’s book and take his next opportunity with Romelu Lukaku misfiring.

Are Man Utd strong enough to contest for PL title?

A Case for the Manchester United Defence

‘An essential addition’ – Bruno Fernandes is exactly the type of...

The Weekly Sermon: United show what they’re capable of as they...

Looking for a boost: Why Manchester United will not sign young...