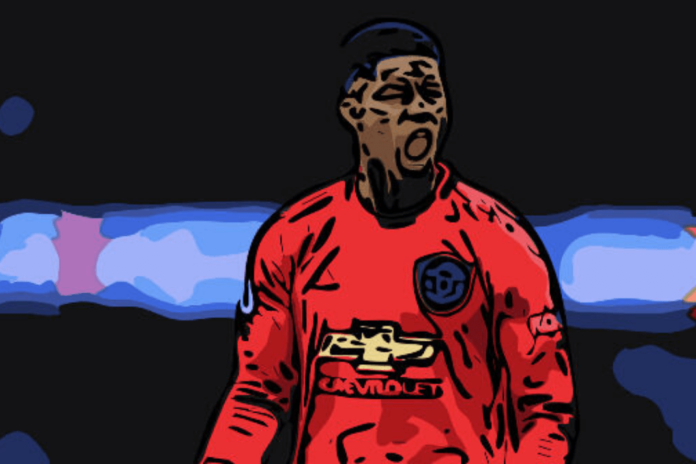 Trent Alexander-Arnold’s repeated defensive failings could be the reason why England manager Gareth Southgate has not been rating Alexander-Arnold at all for the major tournaments. Trent Alexander-Arnold was turned around by Christian Eriksen and Elanga to set up United’s first and then was nowhere to be seen as Marcus Rashford burst through on a breakaway for a second. The tackle came early, with Rashford barging from the Englishman’s path and charging towards the goal. Very much in line with Liverpool’s effectiveness, there is plenty of intrigue as to how or why Rashford instantly rediscovers his confidence here, but what an occasion for it.

Marcus Rashford had given United a 2-0 lead over Liverpool, having rattled nerves with his head-to-head clash with Alisson. Rashford played through the middle early in the first half before moving wide left to terrorise Trent Alexander-Arnold further, eventually scoring a perfect finish ahead of a tight Alisson one-on-one. Marcus Rashford had five shots on target, his highest tally for the game since October 2020 and scored his first Premier League goal since January. The absence of Darwin Nunez for Liverpool has undoubtedly helped, but Lisandro Martinez has shown his qualities on United’s defensive left side versus Mohamed Salah.

Little more than a week ago, the former Ajax defender Lisandro Martinez was taken off late after being outplayed by Ben Mee and Brentford, and questions were raised as to whether his height or lack thereof could cope in the Premier League. ” Being 5ft 9in is a problem,” said Sky Sports pundit Jamie Carragher. “But if I think of the best centre-back I’ve ever seen, it is Franco Baresi. He was 5ft 9in, 5ft10. If you are that height, you have to be outstanding in everything else. He was 10/10 in everything else and 6/10 in the air. Martinez did that tonight. He has to win the game on the floor; he has to read the game. That will compensate for his height.”

United appeared to be a completely different team from their previous game against Brentford when they had travelled 13.8 fewer kilometres. This week, Erik ten Hag’s team added 18 more kilometres to their weekly mileage total, surpassing Liverpool’s 109.96km mark with 113.06km. Additionally, versus Liverpool, United increased its sprinting from 92 at Brentford to 167. And even though they only had 30% of the ball against Jurgen Klopp’s team, they applied 200 pressures instead of 88 for Liverpool. Ten Hag complimented his front three for the press they used to Liverpool without the ball and may have also made a sly jab at Ronaldo, who started at Brentford but saw only five minutes of action against Liverpool after coming off the bench.

Is Paul Pogba too good for Manchester United?

Manchester United to make record bid for this English winger

Assessment of the world’s most expensive defender so far

Match Stats: Win for Italy at home against England after penalty...